Flyybyy is an app for connecting traveler peer to peer which avoids any third party for exchange commission. The concept was to empower the people to freely exchange the left over cash from the pocket to someone just like themselves on the other side. 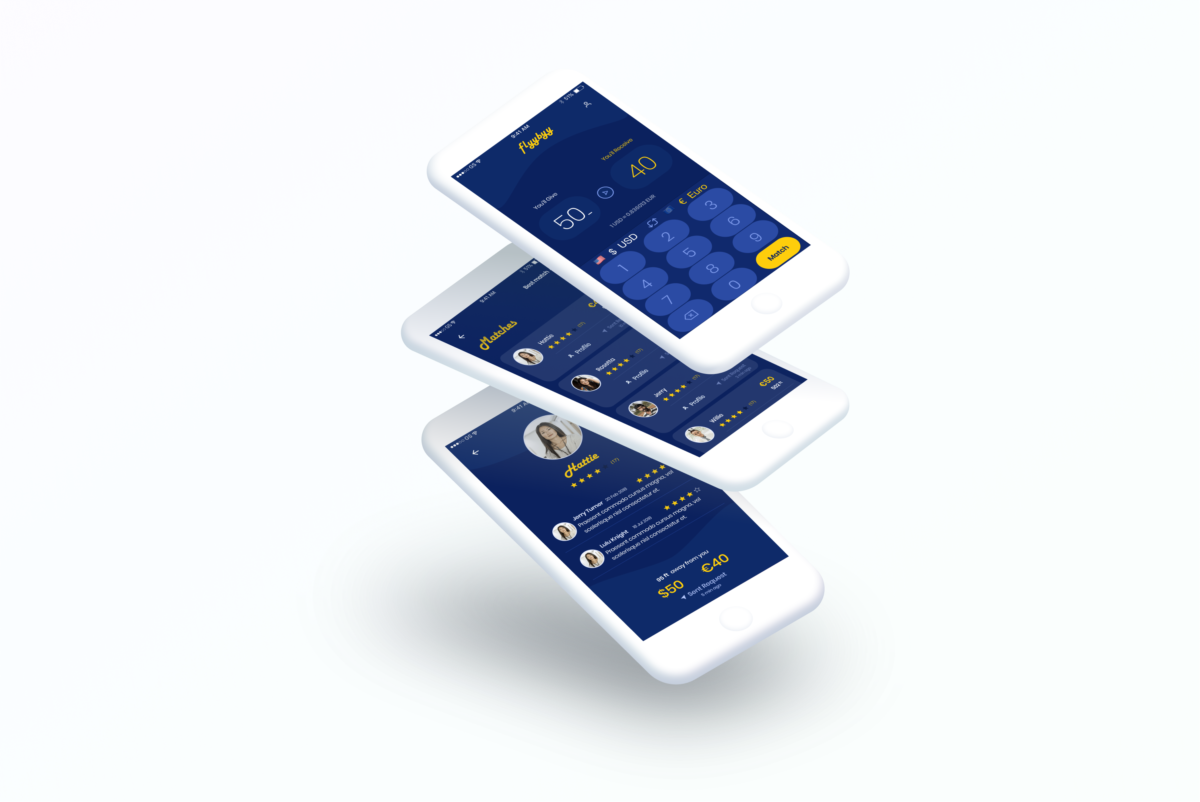 Here is a short interactive video of the introduction sreens made with Sketch App & Adobe After Effects.

The concept of peer to peer exchange sounds good but what if some people with bad intentions try to abuse and mug the users? This was the main challenge of the concept which we solved it by allowing exchanges only at restricted areas such as airports lounges to grantee security even though there will be peer to peer money exchange. The airpots are the safest place for the money exchange, because of the whole security system. We assumed that even people with ill intentions will behave properly because of the airport strong security system (police, camera, security checks, etc.) 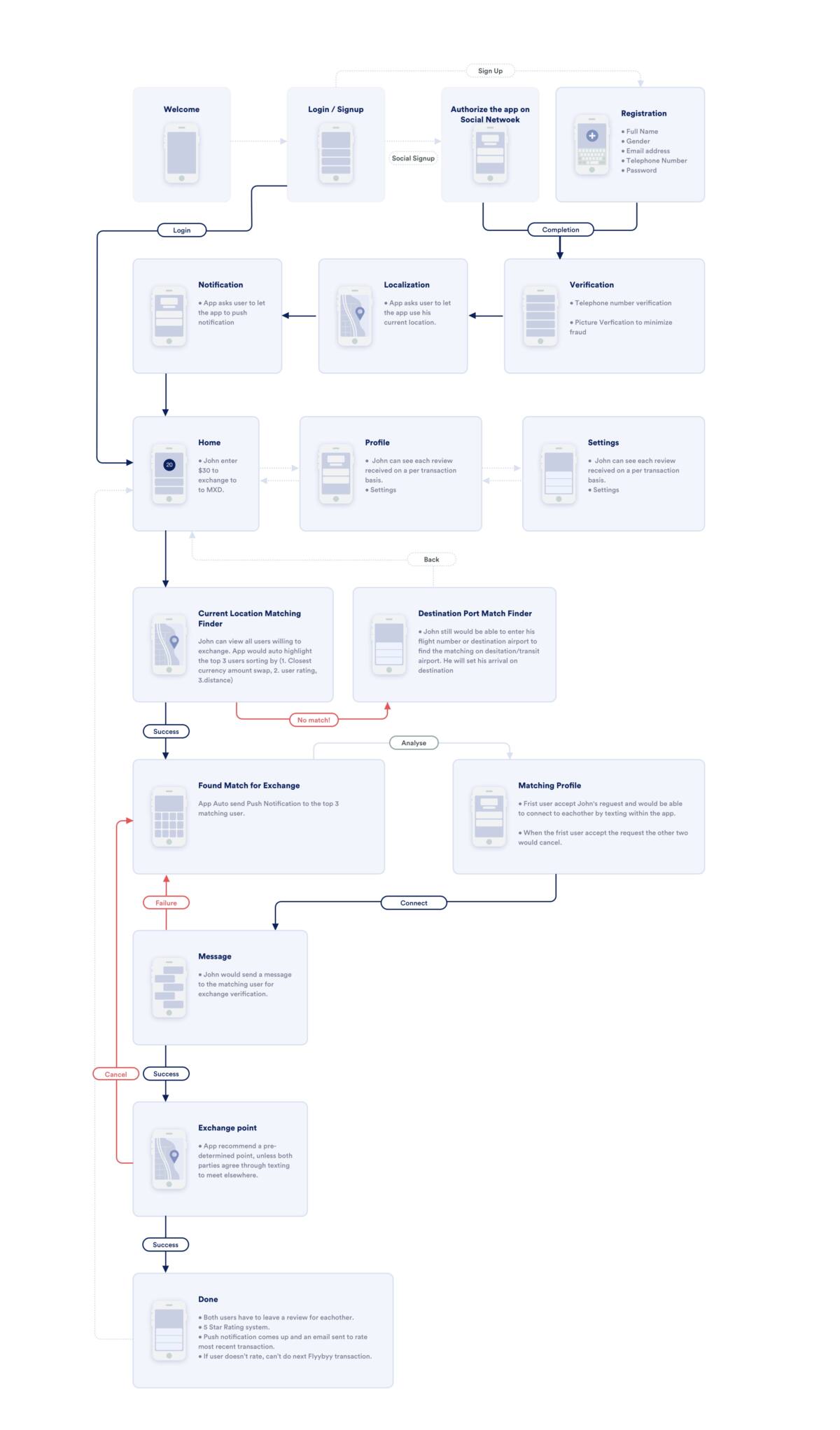 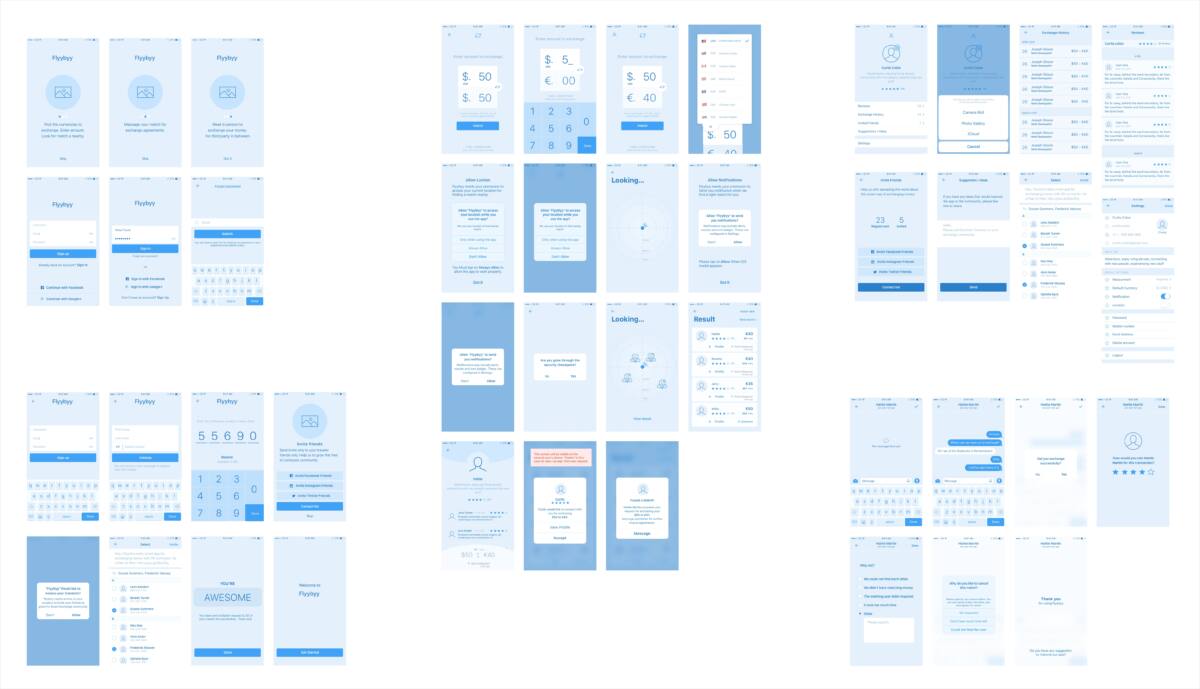 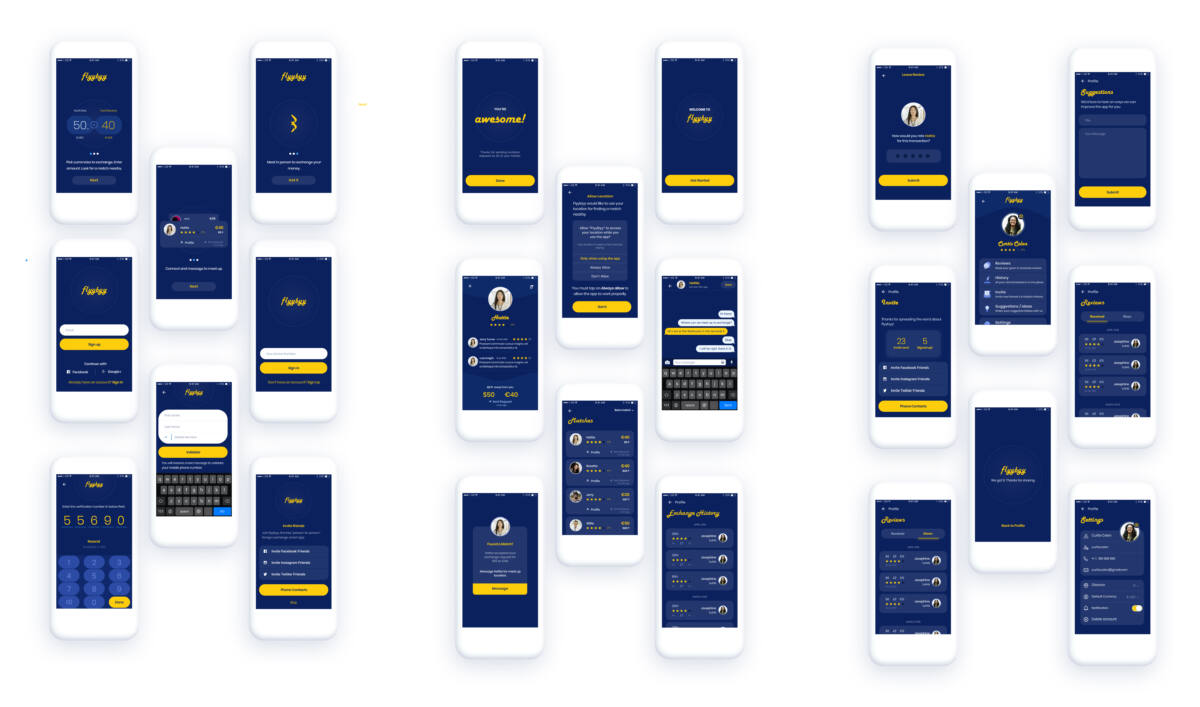 This is a live demo of the prototype from the Figma server. You can click on the actual mobile device screen on the right side to test it for yourself. Have fun!